One of the three ridges on which Darjeeling grew from a mere hamlet into a bustling town, is popularly known as Jalapahar today. The ridge today is home to the world renowned St. Paul’s School and Army Cantonment, which was shifted here from Senchal, owning to its wet and depressing climate. About Senchal, it is also said by locals, the climate and the loneliness of the place led many soldiers to commit suicide.

Before, the Jalapahar ridge was taken for habitation; it was all covered by thick forest of oak, maple, alder, chestnut and birch trees. Birds and other wild animals thrived in this natural habitat. Thousand varieties of mosses, lichens and ferns covered the forest floor. The canopy of tall trees intercepted sunlight from reaching the forest floor and the fear of the wild sent chills down the spine of the bravest, who dared not venture into the forest, even in broad daylight.

Among the wild animals and birds that lived in the forest, there lived a pair of emerald cuckoo birds with their young ones. Having a bad repute for not building their own nest and laying eggs in other birds nest, this pair had gone to prove the law of nature wrong. Before the onset of monsoon that year, they had labored hard to build a nest for themselves and their young ones, on the branch of a maple tree.

Every morning, the pair would fly to distant places in search of food. They returned to their tiny abode only when they had enough food for the young ones. When the sun dawned beneath the horizon and the forest was engulfed in darkness, the pair spanned their wings around their babies, shielding them off bitter cold winds.

When the monsoon had retreated from this part of the earth and clouds were nowhere to be seen, the mother cuckoo bird thought, her babies were now strong enough to fly.

‘I must take it upon myself, to teach my children how to fly,’ she told herself.

Having had convinced her partner for the same at night, she took the young ones to a low cliff, while the father cuckoo went in search for food the following morning. When they were on the top of the cliff, mother cuckoo demonstrated her young ones how to open up their wings and flap them gently when they took flight from the cliff in turn. At the end of the day, other animals and birds cheered the young ones flying behind their mother, returning to their nest. The young cuckoo birds had mastered the art of flying.

The cuckoo family was living a joyous life but their happiness was short lived.

On a cold winter evening, when the father cuckoo bird was returning home with food in its beak, he saw a few houses in flames, located at the bottom of the ridge and the fire was quickly advancing towards the forest. Men, women and children ran in all directions to save their lives. Some even ran uphill towards the forest and hid behind trees and bushes. Father cuckoo was seeing all this perched high on a branch oak tree. He heard the men talking, how the fire had gone out of control, when a few men in their neighborhood had set fire to the bushes behind the houses, to clear land for framing, but the idea had gone wrong.

Soon fear gripped father cuckoo, but he couldn’t sit there and see his world finish in front of his eyes. With lightning speed he flew towards the forest. On the way he murmured, ‘before the fire reaches the heart of the forest, I must warn all the animals and birds, and myself fly to a place of safety with my wife and children.’

When the animals and birds heard the news of the fire advancing towards their forest, a pandemonium set in. While many chose to run away a few decided to stay behind and cursed the men and the gods.

‘I was born here. This is my forest and I will perish along with it,’ announced the angry leopard, thumping his chest with its paws, standing on a rock at the edge of the pool in the middle of the forest. The other leopards chose the same and let out a loud roar in unison.

When father cuckoo reached home- the nest, he saw his children stuck close to their mother’s breasts. They were crying out of fear. Mother cuckoo had tried to coo them but they wouldn’t listen. They had already heard of the fire from the flycatcher, staying on the neighboring oak tree, which had also gone in search of food. When mother cuckoo saw her partner, she breathed a sigh of relief. Together they assured the children that they would take them to a place of safety.

On one of the occasions, when father cuckoo had gone too far in search of food and was not able to retrace his path home, he had spent the night in the ruins of this church located in the Old Cemetery. Though it was old and desolate and elements of weather had worked heavily on it, it was a haven for birds and animals because it never had any human visitor.

Mother cuckoo agreed to her husband’s idea along with other birds. Before flying off with her husband and children, one last time she closely looked at her nest and cried her heart out. Father cuckoo was also moved but he held his emotions, lest the children should lose faith in their father.

In the dead of the night, the cuckoo family along with other birds left the burning forest on the ridge behind at the mercy of the gods and flew to the ruins of the church, saving their lives. The cuckoo family had found a new home, while the locals christened the ridge; Jalapahar-The Burnt Hill.

imagination i believe in and have faith in putting them on paper.being creative is my passion and self -exploring is my goal.......! View all posts by scorpion0644 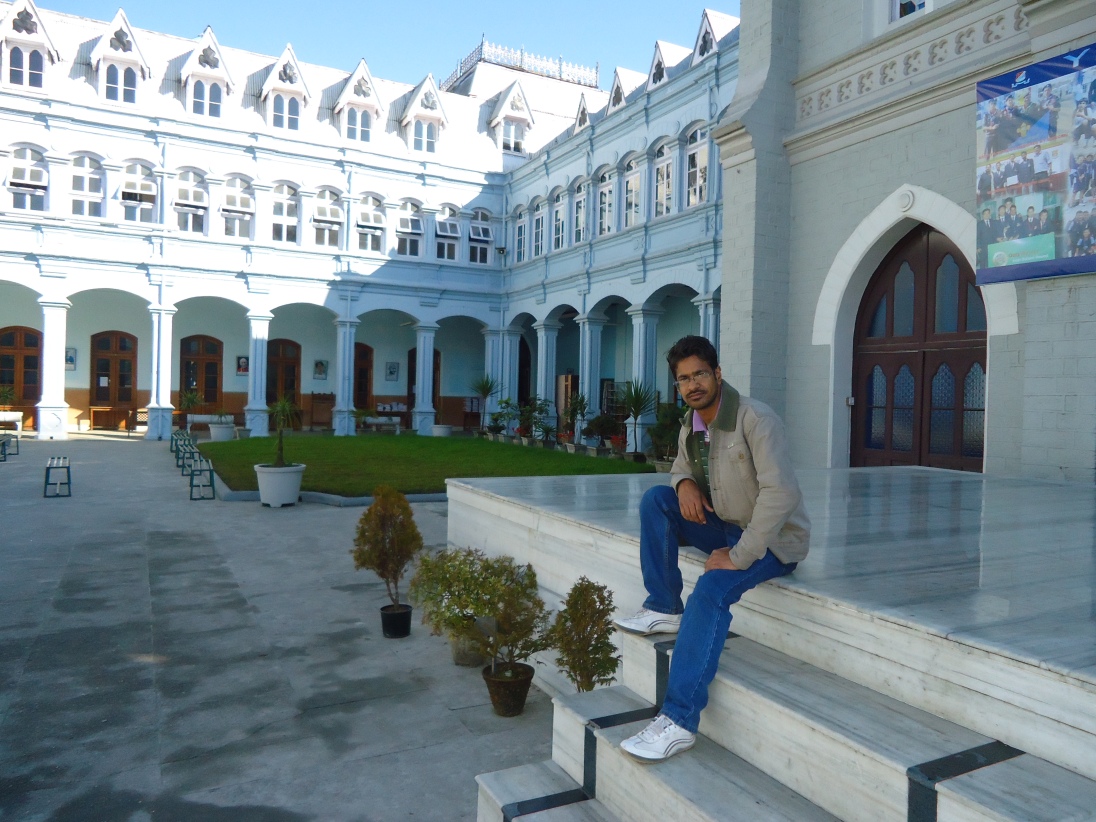